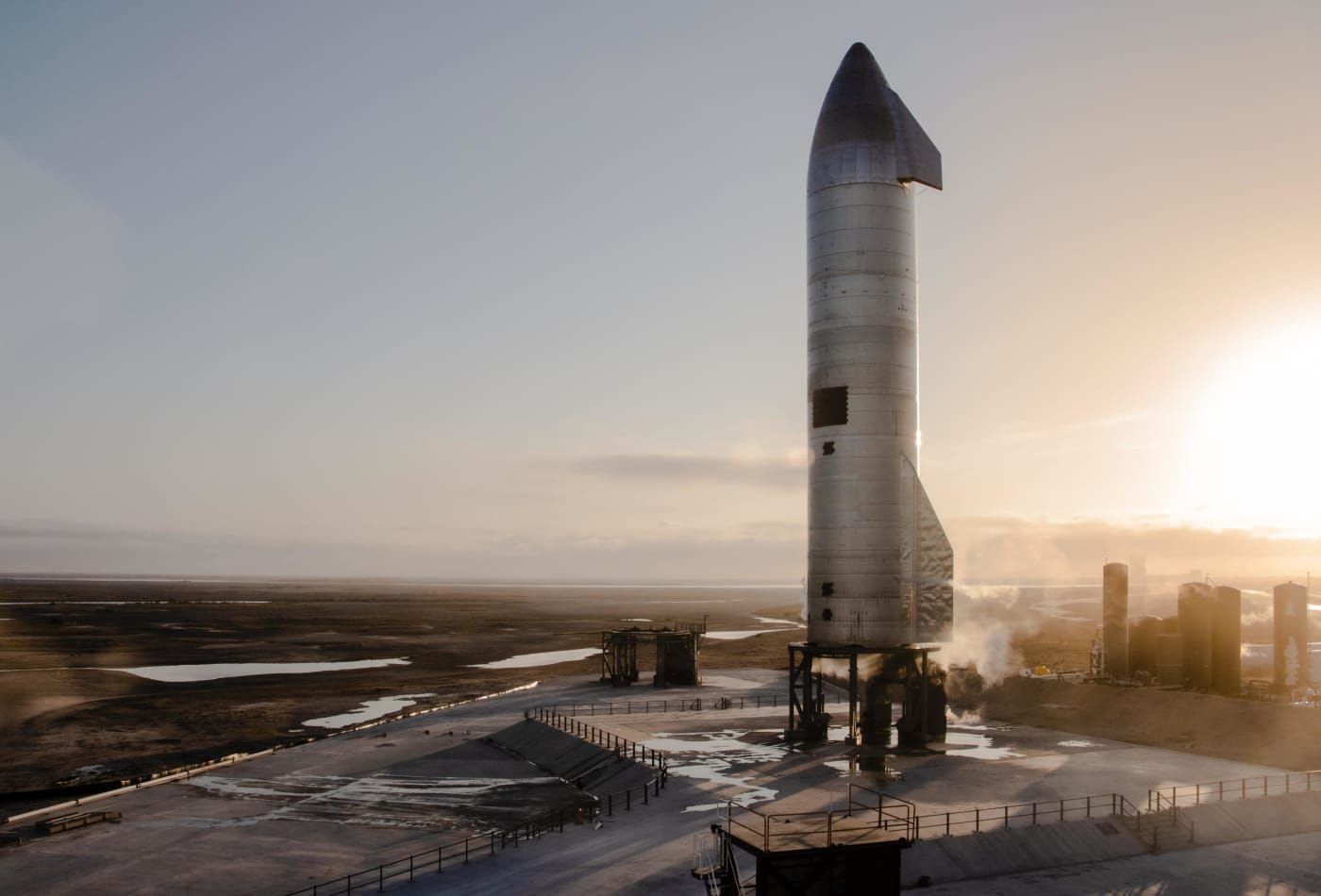 The cause of the explosion, or whether it was intentional, was not immediately clear. Elon Musk alternatively refers to explosions as “RUDs,” or Rapid Unscheduled Disassembly.

The company test flew Starship rocket Serial Number 10, or SN10. SpaceX aimed to launch the prototype as high as 10 kilometers, or about 32,800 feet altitude. There were no passengers onboard the rocket, as it is a development vehicle and flies autonomously.

The SN10 flight was similar to the ones SpaceX conducted in December and February, when it test flew prototypes SN8 and SN9, respectively. Both prior rockets completed several development objectives – including testing aerodynamics, shutting down the engines in succession, and flipping to orient for landing –but both prototypes exploded on impact as they attempted to land, unable to slow down enough.

Like SN8 and SN9, the goal of the SN10 flight was not necessarily to reach the maximum altitude, but rather to test several key parts of the Starship system. SpaceX fired all three engines for liftoff and then shut them down one at a time in sequence as the rocket neared the top of the flight’s intended altitude.

SN10 then transferred propellant from the main tanks to the header tanks, before flipping itself for the “belly flop” reentry maneuver – which gives it a controlled descent through the air with the rocket’s four flaps. Then, in the final moments of descent, SpaceX flipped the rocket and returned it to a vertical orientation, firing the Raptor engines to slow itself down for the landing.

“Third time’s the charm, as the saying goes – we’ve had a successful soft touchdown on the landing pad,” SpaceX principal integration engineer John Insprucker said on the company’s webcast

The Starship prototype stands at about 150 feet tall, or about the size of a 15-story building, and is powered by three Raptor rocket engines The rocket is built of stainless steel, representing the early versions of the rocket unveiled in 2019.

“The Texas team has several more suborbital test vehicles in build, with number 11 ready to roll out to the pad in the very near future,” Insprucker said.

Musk’s company is developing Starship with the goal of launching cargo and people on missions to the moon and Mars.

Starship is one of two “Manhattan Projects” that SpaceX is simultaneously developing, with the other being its Starlink satellite internet program. Musk has previously estimated that it will cost about $5 billion to fully develop Starship, although SpaceX has not disclosed how much it has spent on the program to date.

The company last month brought in $850 million in its latest capital fundraise at a $74 billion valuation.

Musk remains “highly confident” that Starship “will be safe enough for human transport by 2023″ – an ambitious goal given the company began the rocket’s development and testing in earnest in early 2019.

But Musk’s timeline is key, as Japanese billionaire Yusaku Maezawa has paid for a Starship flight around the moon by 2023. Maezawa on Tuesday announced that he is inviting eight members of the public to join his dearMoon mission, which will be a six-day journey to the moon and back.