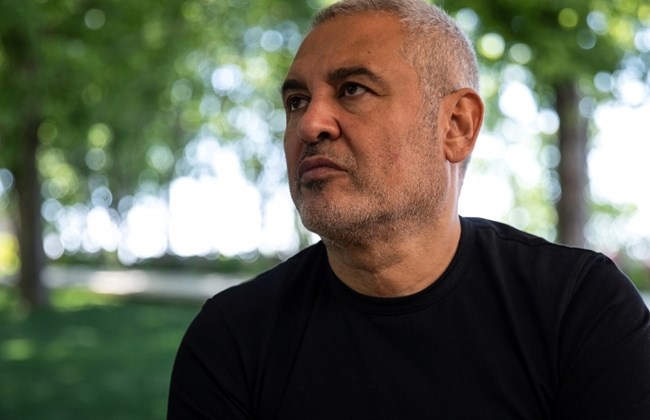 ‘We must go on,’ says Lebanese designer Elie Saab after blast

It felt like an eternity rather than just a few minutes as haute couture fashion designer Elie Saab scrambled to make sure his 200 staff members, including his son, were safe when this month’s massive explosion shook Beirut.

Like many Lebanese on Aug. 4 when chemicals at the port detonated, the 56-year-old felt the blast was on his doorstep.

“I saw my son covered in blood, I could not believe it. I said okay, he is wounded, but it was okay, it was just cuts to his head and arms,” Saab said.

“But it was 15 minutes that felt like two days long. It was not just because it is a father and son thing, it was because we all work together like one family under one roof.”

Saab said his main office and headquarters were badly damaged. His home a few hundred meters from the port, was gutted.

The blast destroyed the shops and ateliers of at least two other designers, Zuhair Murad and Rabih Keyrouz, himself badly injured.

The Aug. 4 blast revived those memories.

“It was the same smell, the same dust, the broken glass. Honestly, we did not want to relive this and it was not necessary,” he said.

“This is a huge setback but we have to be like Beirut – every time dusting itself off and returning to the way it was,” Saab said.

Saab’s team plan to go back to their offices from Aug. 20 to meet a deadline for the September Paris couture show.

He also plans to rebuild his residence, with its high ceilings and arches, marble columns and Arabesque tiles. For now, rubble and dust were everywhere.

“We must go on … It does not become us as Lebanese to give up,” Saab said. “That is the doable part. But the biggest loss is the people you can’t bring back.”

On a table lay a record by singer Fairouz, “Lebanon Forever”. It was broken in two.