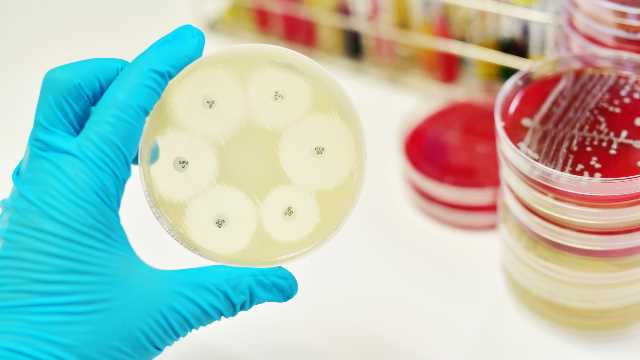 The rise of superbugs: Facing the antibiotic resistance crisis

While medical research has helped us overcome many health threats, we now face a new type of crisis: Many dangerous bacteria are becoming resistant to the drugs meant to fight them. Where do we go from here?

Healthcare professionals frequently use antibiotics to treat many forms of bacterial infection — from those that are mild to those that are potentially life threatening.

These bacteria-fighting drugs first became widely used in the early 20th century, though some medical historians argue that natural antibiotics featured in traditional therapies as early as 350–550Trusted Source.

For the most part, antibiotics have proved to be a crucial ally in the fight for health, but over the past few years, these drugs have begun to lose their footing in their confrontation with bacteria.

This is because more and more bacterial strains are developing antibiotic resistance — they are no longer affected by the drugs that once suppressed their growth and activity.

This means that many bacteria have become more threatening because we have fewer means of offsetting them.

When a doctor finds that a bacterial infection is not responding to traditional antibiotic treatment, they are forced to use stronger, more aggressive antibiotics or antibiotic combinations — an increasingly restrictive approach that can also bring about unwanted effects on health.

So how did we get here, and are things quite as bad as they seem? More importantly, what can doctors, researchers, and the public do to address the ever-growing issue of antibiotic resistance?

Only last week, the Centers for Disease Control and Prevention (CDC) released a reportTrusted Source reviewing the newest data on antibiotic resistance.

From the very first page, they make it clear that we are facing an important threat — the CDC dedicate this report to “the 48,700 families who lose a loved one each year to antibiotic resistance or Clostridioides difficile, and the countless healthcare providers, public health experts, innovators, and others who are fighting back with everything they have.”

The situation is dire indeed: According to the newest data, more than 2.8 million people in the United States experience an infection from antibiotic resistant bacteria each year. Moreover, these “superbugs” cause 35,000 deaths per year in the country.

This threat is by no means new. It has persisted over the years, as Dr. Jesse Jacob — a specialist in bacteria resistant to multiple drugs, from the Emory Antibiotic Resistance Center at the Emory University School of Medicine, in Atlanta, GA — has told Medical News Today.

“[The] CDC released the first antibiotic resistance threat report in 2013, so this [situation] is not new,” Dr. Jacob told us.

Although, he added, “Since the first report, the number of deaths due to these infections has declined […] CDC has updated the estimated number of infections with antibiotic resistance per year from 2 million to nearly 3 million.”

The fact that so many bacteria are not responding to first- or even second-line treatments means that people with these infections face much higher risks and poorer health outcomes.

“Antibiotic resistance is not only a U.S. problem — it is a global crisis,” the recent CDC report states. But what has led to this problem reaching a crisis point?

The answer to that question is complex, according to a review featured in the journal Pharmacy and TherapeuticsTrusted Source. The first and perhaps most obvious cause of antibiotic resistance is the misuse and overuse of these drugs.

Some people mistakenly believe that taking any kind of antibiotics acts as a sort of panacea, and they use these drugs to treat illnesses such as influenza. However, antibiotics can only target and kill bacteria and thus only treat bacterial infections.

Antibiotics are powerless against influenza and other illnesses caused by viruses. So when someone takes antibiotics for the wrong illness or uses too many too often, this kills off helpful bacteriaTrusted Source that populate the body, threatening the delicate balance upon which health depends.

Moreover, bacteria are naturally prone to evolve and mutate, and some bacterial strains have, over time, found ways to adapt so that certain antibiotics will not affect them.

In the U.S. and other countries around the world, pharmacies are not permitted to sell antibiotics to people who are unable to produce a prescription. Nevertheless, studiesTrusted Source suggest that many people are still able to purchase these drugs without official recommendations from their doctors.

Additionally, some research has shown that doctors sometimes mistakenly prescribe antibiotics or prescribe the wrong type of antibiotic, which has likely contributed to the current health crisis.

According to one study paper, 30–60% of antibiotics that doctors prescribe to people in intensive care units are not necessary.

It is not only humans who use antibiotics. While in some cases administering these drugs to animals is fully justified, recent studies have pointed out a problem when it comes to adding antibiotics to the food of farm animals destined for human consumption.

According to one recent study,Trusted Source “Of all antibiotics sold in the [U.S.], approximately 80% are sold for use in animal agriculture.”

Farmers have resorted to such high rates of antibiotic use in animals to boost growth rates and prevent infections, which are more common among livestock due to ways that producers handle these animals for breeding or as a source of meat.

New research covered on MNT has found that antibiotic resistance is now on the rise in farm animals, too — and the rates are increasing fast.

This situation, some investigators believe, also contributes to the global antibiotic resistance crisis that affects humans.

“We need to better understand how antibiotic use in both humans and animals is related to growing antibiotic resistance — the concept is One Health, where the health of humans, animals, and plants [is] all linked and interdependent.”

What are the ways forward?

In the face of this growing threat, policymakers have been pushing for a more careful use of antibiotics in general, while researchers have been searching for treatments that could effectively fight antibiotic resistant bacteria.

“More and more studies suggest ‘shorter is better,’ in terms of how long to treat common infections, but we need more evidence for many of the more complicated infections,” Dr. Jacob told us.

“We need research to find new drugs but can’t rely on a pipeline of new drugs alone to solve this problem, since resistance eventually happens to all drugs.”

Dr. Jacob also pointed to the need for better ways of determining which infections require antibiotics and when it is safe to start and stop this type of treatment.

“We also need to better understand nonantibiotic approaches to treat infections, including bacteriophages, vaccines, and antibodies,” he added.

The team at Emory University has been working hard to find a way to use existing antibiotics more effectively in order to fight off superbugs. The research — to which Dr. Jacob contributed — has shown that it may be possible to fight certain drug resistant bacteria using specific antibiotic combinations.

Another recent study, from the University of California, Los Angeles, suggests that instead of using combinations of one or two antibiotics, as doctors typically do, healthcare professionals may want to use combinations of four or even five such drugs.

Study co-author Pamela Yeh, Ph.D., argues that combinations of multiple antibiotics “will work much better” than current strategies, when it comes to fighting superbugs.

Other researchers are on the lookout for new drugs, following a World Health Organization (WHO) report from 2017 that signaled a “serious lack of new antibiotics.”

For example, a team of researchers from the University of Sheffield and the Rutherford Appleton Laboratory, in Didcot — both in the United Kingdom — started developing a new compound earlier this year that they hope will be able to effectively target bacteria, particularly strains of Escherichia coli, that are resistant to multiple drugs.

Other investigators are thinking further outside the box, working to harness the potential of bacteriophages, or bacteria-eating viruses. This is the case of a team from the University of Pittsburgh, in Pennsylvania, and the Howard Hughes Medical Institute, in Chevy Chase, MD.

These researchers report that they were able to successfully treat a severe liver infection in a 15-year-old using bacteriophages that ate the specific bacteria that had been causing serious harm.

Some researchers have turned their attention to probiotics, fighting bacteria with other bacteria.

Last year, specialists from the National Institute of Allergy and Infectious Diseases used Bacillus, a type of probiotic bacteria, to fight one of the most dangerous bacterial strains on the block: methicillin resistant Staphylococcus aureus, better known as MRSA. So far, their experiments in mouse models have yielded promising results.

And various scientists are looking for natural means of fighting superbugs. They suspect that compounds from plant-based sources could be just as, if not more, effective as antibiotics.

So far, researchers have cited green tea, cranberries, Persian shallots, and turmeric as potential sources of effective alternatives to antibiotics.

What we can do for now

For the time being, however, many specialists advise that the focus be on preventing infections from occurring. This, however, is more easily said than done.

The new report from the CDC lists antibiotic resistant Acinetobacter, C. difficile, and Enterobacteriaceae as some of the most urgent threats to health, according to recent data. The catch? All of these bacteria infect people who have recently received medical attention and who, usually, are still in the hospital.

“Some of these bacteria are carried by patients into the hospital, while others are acquired, in part due to otherwise lifesaving interventions, including antibiotic treatments and [other interventions involving] medical devices like intravenous catheters and mechanical ventilators,” Dr. Jacob explained to MNT.

What, then, should doctors do? According to Dr. Jacob, “Healthcare professionals can prevent infections by cleaning their hands and following infection prevention practices, using antibiotics appropriately (only when needed, for the minimum effective duration), vaccinating patients, and communicating between facilities to ensure awareness.”

“Educating patients and families about these approaches is key,” he added.

Regardless of how much care doctors take, however, dangerous bacteria may still prevail. A study from 2018 showed that many bacteria are becoming resistant to the alcohol-based disinfectants used in healthcare facilities.

And newer research, worryingly, has found that C. difficile appears to be resilient in the face of all hospital disinfectants.

Still, while we are faced with a serious threat, specialists maintain that prevention is possible — as long as individuals also do what they can to safeguard their own health. And the best way to do this is by listening to our physicians.

“Use antibiotics only when needed, especially not in ‘just in case’ scenarios,” emphasized Dr. Jacob.

“Discuss the need for antibiotics with your provider. Clean your hands. Get appropriate vaccinations, which save lives and can prevent antibiotic resistant infections,” he advised our readers.

HOW TO ATTRACT FOREIGN INVESTMENTS IN A COUNTRY