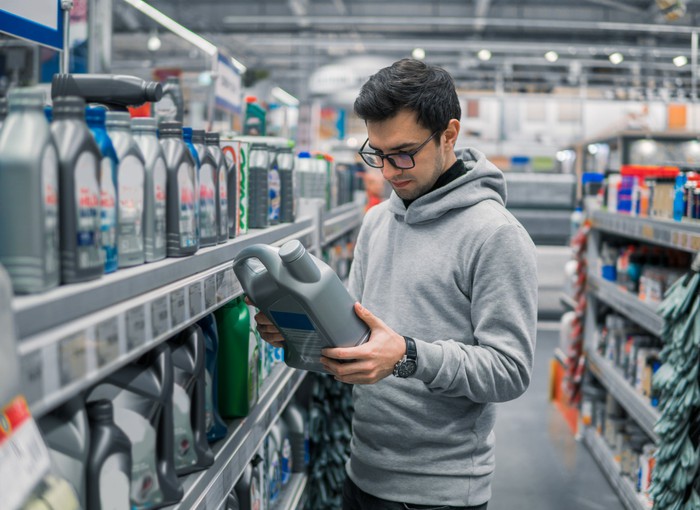 Tuesday was an up-and-down day on Wall Street, with major benchmarks eventually ending up close to where they started the session. Promises of greater clarity on U.S. trade policy turned out to be overly ambitious, and investors were left without any clear answers about whether to expect a deal with China in the near future. Some companies had to deal with bad news that sent their shares sharply lower. Advance Auto Parts (NYSE:AAP), OrganiGram Holdings (NASDAQ:OGI), and Tencent Music Entertainment (NYSE:TME) were among the worst performers. Here’s why they did so poorly.

Shares of Advance Auto Parts dropped 7.5% after the retailer reported its third-quarter financial results. The company saw adjusted earnings per share rise 11% year over year, but investors were generally disappointed with sluggish sales growth numbers. Advance posted just a 1.2% rise in comparable-store sales during the quarter, and an increase in promotional coupon redemptions weighed slightly on gross margin levels as well. The auto parts retailer also reduced its full-year outlook for comps, now expecting just 1% to 1.5% growth. Advance has every opportunity to get back on track, but it’ll take some effort to overcome some of the headwinds facing the industry right now.

OrganiGram saw its stock drop 19.5% following its latest corporate update. The cannabis company gave preliminary guidance for its fiscal fourth quarter, projecting revenue gains of almost 550% compared to year-earlier levels. However, after accounting for excise taxes, OrganiGram’s quarterly revenue will be lower than it was in the third quarter. The company blamed falling sales, as well as packaging and inventory adjustments for OrganiGram’s adjusted pre-tax operating earnings turning negative for the quarter. CEO Greg Engel was disappointed that the quarter didn’t meet expectations, but he’s still hopeful that being a leader in marijuana will pay off with stronger returns in the future.

Tencent Music goes out of tune

Finally, shares of Tencent Music Entertainment Group finished lower by 8%. The online music entertainment platform provider said that it enjoyed another solid period of growth in the third quarter of 2019, with a 42% rise in online music paying users to 35.4 million and a 31% jump in revenue. However, profits grew by only single-digit percentages year over year. Tencent Music attributed some of that expense to continued investment in product innovations aimed at retaining and expanding its user base. There’s a lot going on in the Chinese internet and mobile space right now, and Tencent Music is working hard to remain a leading contender among the many companies cashing in on rising demand in the industry.

4 Ways TOP Can Help You Handle Your Press Release.