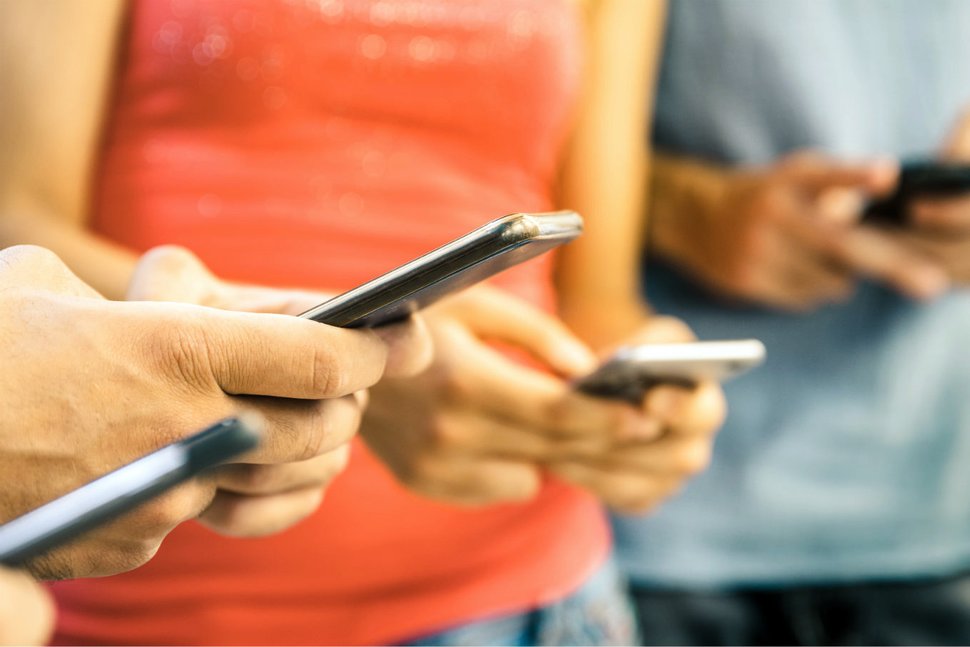 Young people who spend more than 3 hours a day on social media are susceptible to depression, anxiety and other illnesses and are more likely to internalize bad feelings about themselves, according to the study produced by Johns Hopkins University Bloomberg School of Public Health.

“Time spent on social media may increase the risk of experiencing cyberbullying, which has a strong association with depressive symptoms,” according to the study, published in JAMA Psychiatry, an online platform of the Journal of the American Medical Association. Seeing others’ lives on social media platforms like Snapchat “may also expose adolescents to idealized self-presentations that negatively influence body image and encourage social comparisons.”

States With the Best Mental Health

Kira E. Riehm, the paper’s lead author and researcher at the Bloomberg School of Public Health, says social media use “has exploded in the past few decades among adolescents.” But it comes at a hazardous time, she says, because “adolescence is a time where a lot of mental health problems have their onsets.”

“It’s important to consider that every minute that adolescents spend on social media, they’re not doing something else,” says Riehm. “It might be socializing (with friends) face to face, it might be exercising” or something else to support their mental health.

But it might be difficult to break the grip between young people and social media — something that’s ubiquitous and seemingly an extension of their personal lives.

“A 2018 Pew Research Center poll found that 97% of adolescents report using at least 1 of the 7 most popular social media platforms (YouTube, Instagram, Snapchat, Facebook, Twitter, Tumblr, and Reddit),” according to the study. “Moreover, digital media use by adolescents is common: 95% report owning or having access to a smartphone, and almost 90% report they are online at least several times a day.”

The study sought to examine the effects of that level of exposure using longitudinal data from the Population Assessment of Tobacco and Health, “a nationally representative, longitudinal cohort of adolescents,” according to the study.

Data was examined for some 6,600 adolescents ages 12 to 15 who reported spending time on social media during a typical day but who also reported mental health difficulties, according to the study.

After weighing factors including mental health history, the research found that the youngsters who spent more than three hours a day on social media were more likely to report “internalizing” their problems, including depression, anxiety and loneliness, along with symptoms like aggression and antisocial behavior, compared with adolescents who didn’t use social media, according to the study.

“In fact, the (data) suggest that if adolescents using social media for more than 30 minutes per day had instead used it for 30 minutes or less, there would have been 9.4% fewer high internalizing problem cases and 7.3% fewer high externalizing problem cases,” according to the study. It’s a correlation, but researchers point out “this is not meant to imply that reductions in mental health problems would definitely happen if social media use were reduced or that all social media use is harmful.”

Though the data suggests a link between excessive use and mental health issues, Riehm says “a lot of positive things” can come from connections teens make over social media. Besides providing an online support system for marginalized young people, like those in the LGBTQ community, “who can be isolated in their day-to-day lives,” she says, Snapchat and other platforms also can help keep adolescents informed about current events.

One potential solution is to help young people curb the amount of time they spend online, says Riehm. She points to an American Academy of Pediatrics online “toolkit” that can help parents and children manage social media use, including curfews and “screen-free” rooms where they can’t use computers or cell phones.

More importantly, Riehm adds, parents should teach their children to think critically about what they’re seeing online, and that “idealized” photos of their friends don’t necessarily represent an ideal life.

TOP Can Handle Press Release Services For You.

How TOP Helps With Finding Clients For Making Money Online With Social Media.

Where To Find Original Online Photos Gallery For Sale.

4 Benefits To Joining with TOP For Online Reputation Management Service.

3 Reasons To Start Getting Online Reviews With TOP Today.

3 Steps To Making More Money Online With Translating Through TOP.

Trump blasts Scaramucci and tweets video of his former aide praising him.

Trump on trade war: China wants to negotiate and we will be ‘getting back to the table’.

Inside the NRA’s scandals and financial troubles.