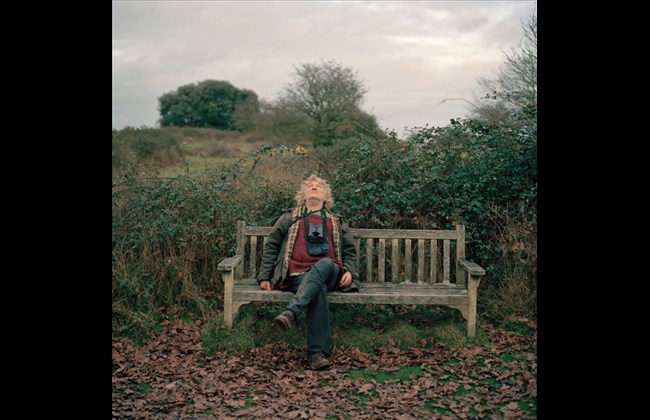 BEIRUT: The 50th edition of the Rencontres de la photographie, one of the biggest photography festivals on the world calendar, kicks off Monday in Arles, France, with a large Lebanese component.

“The first festival was held in 1970, in City Hall’s ceremony room on a July evening in stifling heat,” Arles Mayor and festival vice president Herve Schiavetti reflected in the press material. “Organizers feared a flop, but starting at 9 p.m., people invaded the room, took over the benches, the stairwell, and stood in the hallway to see the first slides projected onto a screen and discussed late into the night.”

Current Director Sam Stourdze recalled that in 1974, one of the festival’s founders asked photography great Ansel Adams to teach a master class. “The festival was just 4 years old,” he wrote, “living hand-to-mouth and struggling to survive from one year to the next. When Adams accepted the invitation, the festival’s future was ensured.”

This year, with 50 exhibitions programmed for the 50th edition, “the Rencontres d’Arles has gone all-out to offer an ambitious, eclectic, electric program,” Stourdze added.

Lebanon is punching well above its weight in participation.

In the main program, the Arab Image Foundation has a show titled “Potentialities of Photography – The 0069FA Collection: An Archive at Work.” Lebanese artist Randa Mirza has a solo exhibition. Joana Hadjithomas and Khalil Joreige are part of “Postcards – News from a Dream World.”

As part of the Grand Arles Express program of events outside the city, “Fragments” by Rayyane Tabet is already running at the Carre d’Art in nearby Nimes, and “The Making of Illusions: The Fouad Debbas Collection and Contemporary Commentaries” opens in Marseille on July 19 at the Museum of the Civilizations of Europe and the Mediterranean (Mucem). It’s a version of the exhibition that was up at the Sursock Museum earlier this year.

Collection No. 0069FA, the focus of the AIF’s show, includes almost 8,000 objects collected by 14 researchers across six countries between 1997 and 2017. According to the project document the AIF shared with The Daily Star before the festival opened, it is a “complex and heterogeneous collection.”

It embraces almost all the photographic practices found in the region from the late 19th century to 1990, AIF head of collections Clemence Cottard Hachem told The Daily Star by email, with Orientalist representations, amateur work, photojournalism, studio photography and more.

The show “surveys the evolution of the practices and positionings of the institution and its members since 1997,” the project document adds.

In addition to showcasing some of the items in 0069FA, the AIF has invited Lara Tabet, Randa Mirza and Engram (Caroline Tabet and Joanna Andraos) to “activate” selected objects, along with Washington-based Palestinian researcher Yazan Kopty, Iraqi filmmaker Parine Jaddo and Lebanese musician Jad Atoui.

Kopty’s focus is a collection of images from the U.N. agency for Palestine refugees. His installation includes books, videos, maps, articles and interviews, and presents “a critical reading of humanitarian photography,” according to the project document.

It shows “how these documents (and humanitarianism in general) are agents of colonial power structures, not challenges to them, and how photographers and viewers are implicated in this dynamic.”

Jaddo has made a series of three short films, projected on three walls, that takes as its starting point five postcards from Baghdad from the 1920s and features an old recording of an Iraqi maqam.

Atoui has created a music installation based on technical data from the climate-control records of the AIF’s cold storage room, preservation space and digitization space.

The Rencontres festival “is the best platform of visibility we can have to present the new approach and statement of the foundation,” Cottard Hachem wrote. “By inviting ‘activators,’ the idea was also to share this space of visibility and valorize the amazing work of artists and researchers of the region.”

The AIF has a three-year partnership with the festival, foundation Director Marc Mouarkech told The Daily Star earlier this year, so the Arles public can look forward to more in the future.

Randa Mirza is the most visible Lebanese artist at the festival, with work showing in three venues. In addition to her solo show “El-Zohra Wasn’t Born In A Day” and AIF contribution, she is also part of “Illusions” in Marseille with a piece from “El-Zohra.” It’s the second time Mirza has been featured at Arles, after exhibiting in 2006.

“El-Zohra” was shown in Beirut in 2016 at Galerie Tanit. Not a traditional photography show, it uses sculptures and multimedia dioramas to delve “into the archaeological artifacts of the Middle East, the writings of ancient Muslim chroniclers, the Quran, classical Arab literature and the vast area of pre-Islamic poetry,” according to the Arles show description.

“Tackling the question of Arab pre-Islamic mythology is a very interesting way to make people talk about history and religion,” Mirza told The Daily Star via voice note from Arles. “I’m really looking forward to understanding how people [in Europe and in France in particular] are going to perceive it.”

The Rencontres’ opening week also hosts the Temple Arles Books event, with a book fair, talks and more. Lebanese publishing house Kaph Books will have a stand; photographer Ayla Hibri and collector and art researcher Marwan T. Assaf will hold book signings; and Mirza will be part of a panel discussion titled “Feminist futures, identity politics – or: to hell with all this political correctness?”

Hungry festivalgoers are also in for a culinary treat. Lebanon’s Tawlet is setting up at the Croisiere venue, and will serve food all day for the duration of the festival, Tawlet founder Kamal Mouzawak told The Daily Star.

Menu options at Tawlet Arles include fattoush, freekeh, falafel and saj, with sweets and drink options to boot. Food prices range from 4-12 euros ($4.50-$13.65).

“We have our executive chef and three ladies there now,” Mouzawak said by phone from Paris the week before the festival. “They’ll be spending 10 days and training a local team of women, and every month [they] will be there for 10 days.”

Mouzawak said Tawlet was mainly sourcing ingredients from the south of France due to the similarity of the produce available, though some items, like zaatar, were being brought from Lebanon.

He expressed excitement at participating in the 50th edition of the festival and, like the other participants The Daily Star spoke to, was happy to see the strong Lebanese presence. “I love Arles. I love the vibe of the city. I like the energy of the city. I love what happens in the city,” Mouzawak said.

“I think it makes it much easier to make a difference and an impact when you are all together.”

The 50th edition of the Rencontres d’Arles runs until Sept. 22. For the full program, see www.rencontres-arles.com.

“Authenticity, honesty, and personal voice underlie much of what’s successful on the Web.” – Rick Levine

The Online Publishers “TOP” provides freelance work opportunities to professionals and experts worldwide, and enables them to earn income from the comfort of their home or during their travels.

3 Reasons That TOP Platform Is The Best Ebooks Hub.

An Opportunity With TOP Ebooks Library To Start Earning

Why You Should Trust TOP For All Reputation Management Needs.

4 Main Reasons To Do Online Reviewer Work With TOP.

4 Reasons To Go With TOP For Content Creation Services

2 Reasons that TOP is Supreme for Content Creation Services.

3 Ways to Get Great Online Reviews.

3 Simple Benefits for Advertisers to Registering with TOP.

Norway to allow dual citizenship from 2020.