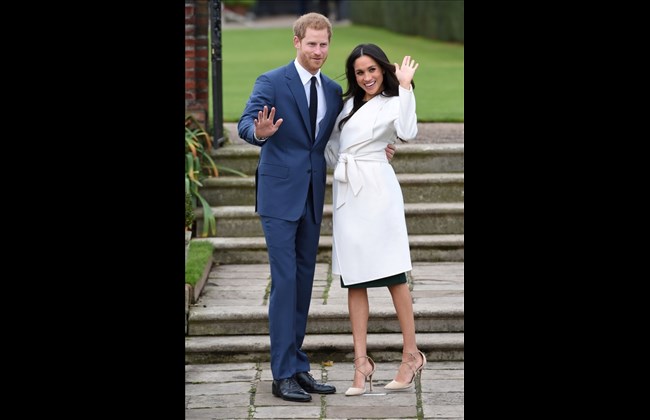 Her jackets and jeans, bangles and bags can instantly send tongues wagging and designers’ sales soaring. Since being catapulted into the global spotlight as Prince Harry’s girlfriend in 2016, Meghan’s outfits have been scrutinized and copied, often crashing websites selling her apparel.

Fashion blogs and social media accounts dedicated to the American’s style have mushroomed, just as they sprang up for her sister-in-law Kate, Prince William’s wife, allowing followers to comment on her latest sleek looks usually in a monochrome palette.

“The Meghan effect is this economic phenomenon similar to the Kate effect … where if she wears it, it turns to gold,” said Christine Ross, co-editorial director of Meghan’s Mirror fashion blog, describing Meghan’s style as “very on trend and modern.” Almost everything she wears up to and around the $300 mark, a pretty high price point, sells out, she added.

Designer dresses, luxury handbags and stylish stilettos are the fashion dream of many women, but for a young royal they are the staple of an everyday wardrobe.

“Meghan’s wardrobe is really unique because there are so many bespoke pieces in it and we’ll really never know how much those cost,” Ross said.

While becoming a trendsetter, Meghan, named 2018’s best-dressed woman by People magazine, has stayed loyal to smaller brands she wore before her global fame.

The 37-year-old, who used to film drama “Suits” in Toronto, has worn Canadian labels Mackage, Aritzia and Line the Label.

For casualwear, she has worn J.Crew and brands known for their environmental and social credentials: a Reformation dress, Veja sneakers, Outland Denim jeans and jewelry made from recycled metal.

It is particularly her more affordable accessories that are snapped up by consumers.

“The jewelry, the bags, the belts is where we can dip in and get that kind of Meghan touch to our outfits,” Rains said.

Ross said that Meghan’s casual jean looks proved popular with readers. The maternity wear of the duchess as she awaits her first child is also eagerly followed.

“She’s done a lot of bespoke pieces, a lot of customization pieces that aren’t maternity at all and it’s really been a difference,” Ross said.

She has worn items from U.K. brands Victoria Beckham, Strathberry, Marks & Spencer and her second wedding gown was a halter-neck dress by Stella McCartney.

“She should, as an English duchess, really be patronizing English designers and promoting them in the eyes of the world,” Talboys added.

On the streets of London, student Savanah Edwards said Meghan’s “classic” style was having an impact.

“I personally cannot afford anything that she wears but it does influence me to try new pieces,” Edwards said.