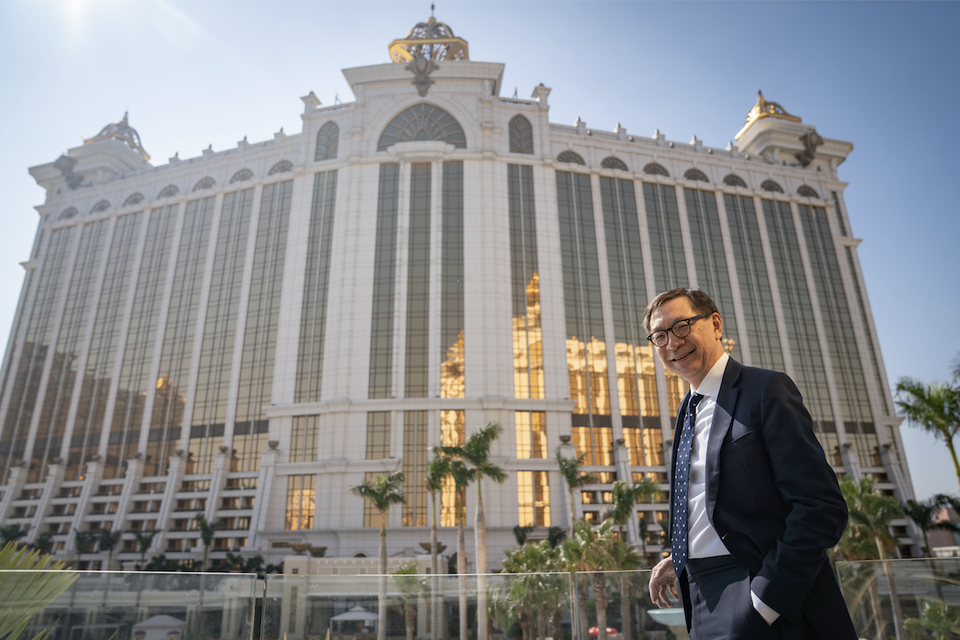 This story is part of Forbes’ coverage of Hong Kong’s Richest 2019. See the full coverage here.

For a billionaire who runs one of the most successful casinos in the world’s biggest gaming center, Galaxy Entertainment Group’s Francis Lui keeps a low profile. Passengers on the ferry ride to Macau from Hong Kong may find themselves rubbing elbows with him, literally, in economy class. Make no mistake, though: 63-year-old Lui has emerged as a big winner in Macau, succeeding the legacy of legendary casino magnate Stanley Ho as the local face of gambling in the former Portuguese enclave.

The numbers tell the story. Galaxy is expected to earn HK$13 billion ($1.7 billion) in 2018, more than double what the Ho family-linked companies SJM Holdings, Melco Entertainment and MGM China are forecast to post—HK$6.2 billion in net profits combined, according to JPMorgan and Sanford Bernstein reports. Galaxy also challenges and sometimes bests former partner-turned-rival Sands China, controlled by U.S. billionaire Sheldon Adelson, for dominance in Macau. “We let our results speak for themselves,” says Lui, in a rare interview. Lui isn’t slowing down. He has launched a two-phase development that could double the footprint of his flagship Galaxy Macau in Cotai.

Galaxy has excelled by leading Macau’s transition from hunting for high-rolling whales to hauling in a far larger, more lucrative, wave of middle-class gamblers from mainland China. The shift is by design: Macau and Beijing authorities have long sought to diversify Macau’s economy and have decreed that the city should become a “world center” for tourism and leisure. They have encouraged casinos to supplement gambling with other attractions, such as shopping, restaurants and entertainment. 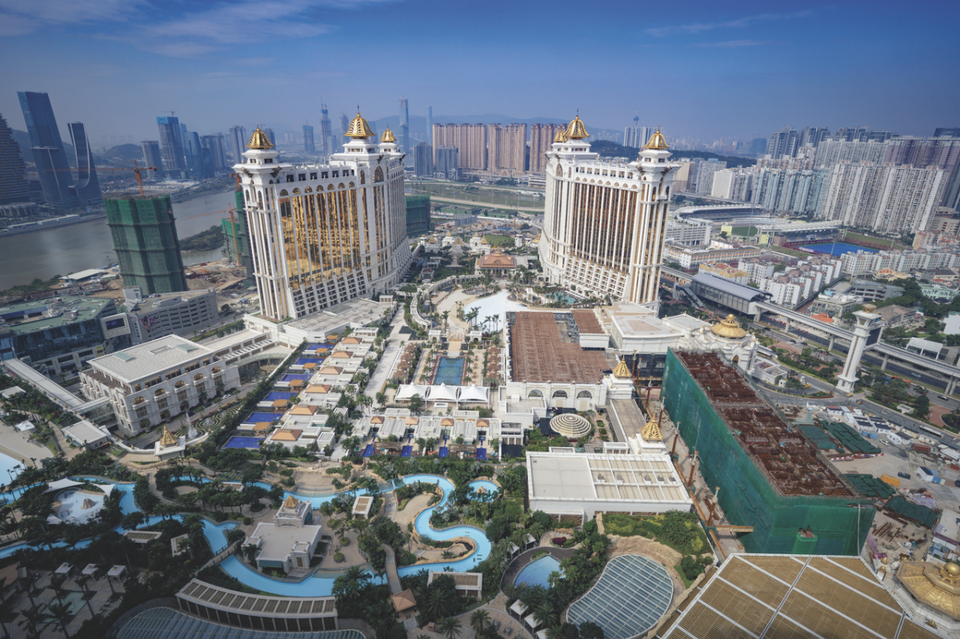 That model has already transformed Las Vegas, where two-thirds of the city’s revenue comes from non-gaming, and to a lesser extent in Singapore, where non-gaming revenue accounts for a fifth of revenue. Macau has a long way to go, with non-gaming representing just one-tenth of its revenues—meaning Galaxy has plenty of room for growth.

Lui realized early on that, while gambling would continue to drive Macau’s tourism for the foreseeable future, increasingly sophisticated mainland customers would want more. “We believe that the mass market would be a growth point for the future, driven by mainland China’s emerging middle class and other market segments such as MICE [meetings, incentives, conventions and exhibitions] customers,” says Lui, who is Galaxy’s deputy chairman. “At day one, when I sat down to plan the strategy for Galaxy, one of the things [we decided was], we do not want to replicate what other people have been doing, we want to be truly ourselves.”

Galaxy Macau also offers unique entertainment, such as its 75,000 square meter rooftop water park, the Grand Resort Deck, which features a wave pool surrounded by a 150-meter-long artificial beach made from 350 tons of white sand, complete with beach chairs shaded by large umbrellas. The Grand Resort Deck also has geysers, waterslides, waterfalls and a children’s water park. “Against a lot of people’s recommendations, we decided that we basically wanted to build the biggest resort deck in town,” Lui recalls. “Most of the mainland Chinese at the time hadn’t really seen the beach, and never really gone swimming in clear water.” 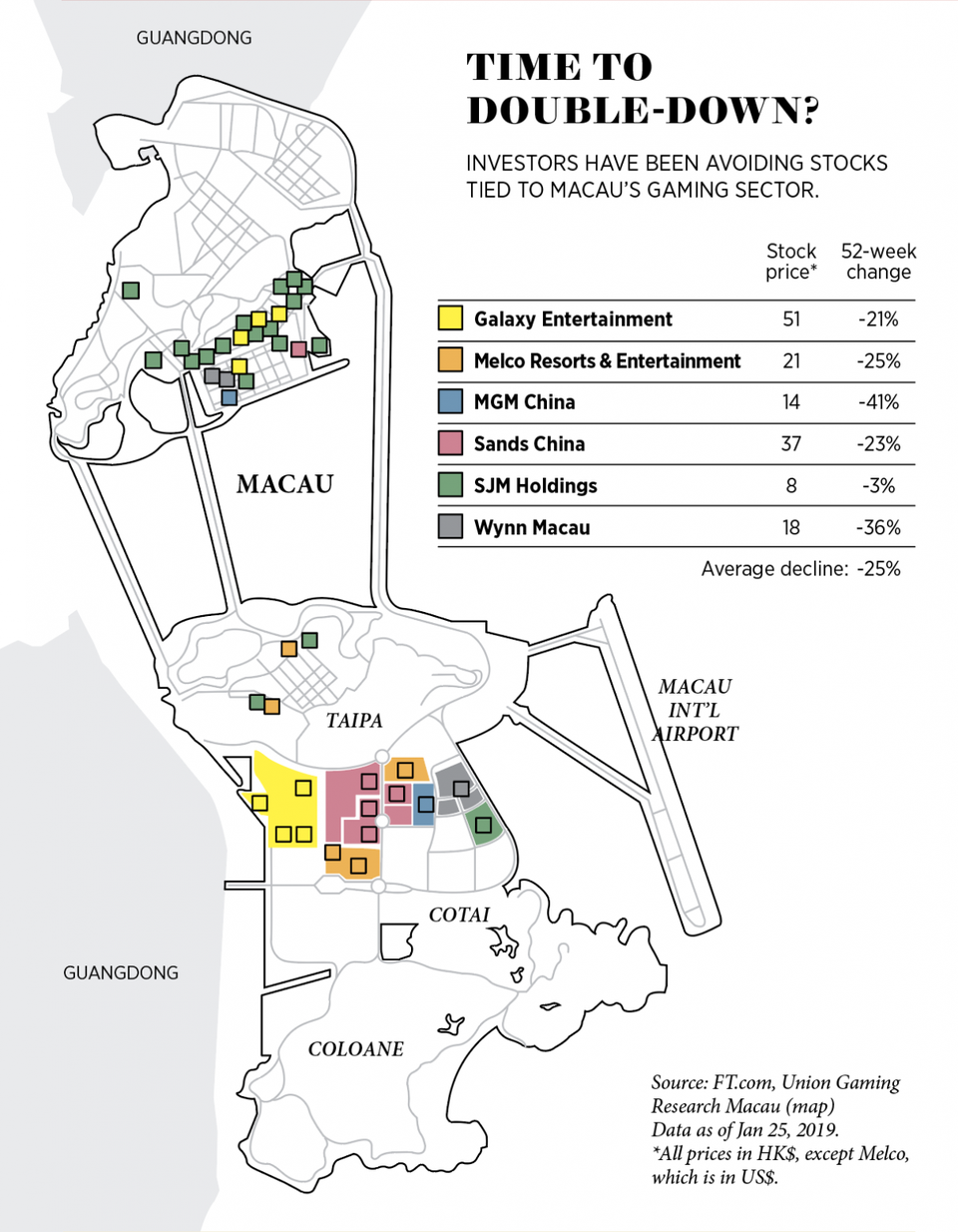 The resort also features Macau’s largest cineplex, with 10 screens, giving mainlanders a chance to watch international movies unavailable at home due to import quotas. It also has a 200-outlet mall showcasing mid-tier brands catering to the tastes and budgets of China’s middle class.

Mass-market visitors are a good bet, analysts say, because they provide more stable revenue and higher margins than VIP gamblers. And unlike high rollers, who expect casinos to “comp” them with free rooms, meals and credit, mass-market gamblers pay their own way, says Vitaly Umansky, senior analyst at Sanford Bernstein in Hong Kong.

Galaxy overcame the odds itself to win its 20-year Macau casino concession in early 2002. It had no gaming experience and had to rebound from a short-lived partnership with U.S. billionaire Sheldon Adelson’s Las Vegas Sands—developer of the Venetian Macao and now its rival. Lui says he and his 89-year-old father, Lui Che Woo, the billionaire chairman of Galaxy, turned the company’s inexperience into an asset. “We didn’t have a legacy, we’ve no fixed way of doing certain things,” he says. To learn gaming, Galaxy in 2004 began setting up four so-called City Clubs—casinos inside hotels owned by other parties.

More on Forbes: Hong Kong’s Richest 2019: Lawrence Ho Expands His Empire Across Asia And To Europe

Galaxy’s first casino hotel StarWorld opened in October 2006 across the street from Wynn Macau in the peninsula’s downtown gaming hub, focused on high rollers. “It’s a small one-dimensional experience,” Lui says of StarWorld. “All the amenities are built truly for gaming customers.”

After splitting with Adelson in 2002, Lui set Galaxy’s sights on Cotai, becoming the third casino in the area with an investment of HK$14.9 billion. Building Galaxy Macau on a 4.27 million square foot plot in Cotai gave Lui a game-changing opportunity to create a resort that appeals to both high rollers and mass-market gamblers. Galaxy built its Cotai complex in phases: the first was completed in 2011; the second, in 2015, bringing total investment to $5 billion and guest rooms to 3,800 from 2,300.

Galaxy’s casino license is set to expire in 2022, but Lui is confident his company’s good relations with the Macau government will result in a “win-win” for Galaxy and the government. The company is already building the third and fourth phases of Galaxy Macau, which will add 4,500 more guest rooms. The third phase is aimed at capturing the MICE business, with 400,000 square feet of conference space and a 16,000-seat arena. The newly opened Hong Kong-Zhuhai-Macau Bridge gives Macau direct access to the 80 million visitors passing annually through the Hong Kong International Airport.

While focused on Macau, Lui has also been making moves abroad. In March last year, Galaxy paid $928 million for a 4.9% stake in Wynn Resorts. “It’s a well-run company, we like their future, we like their management team, and we have so much in common,” Lui says. Galaxy’s stake in Wynn, which also owns Wynn Macau, falls just under the 5% threshold that would require Nevada Gaming Control Board licensing for Galaxy. 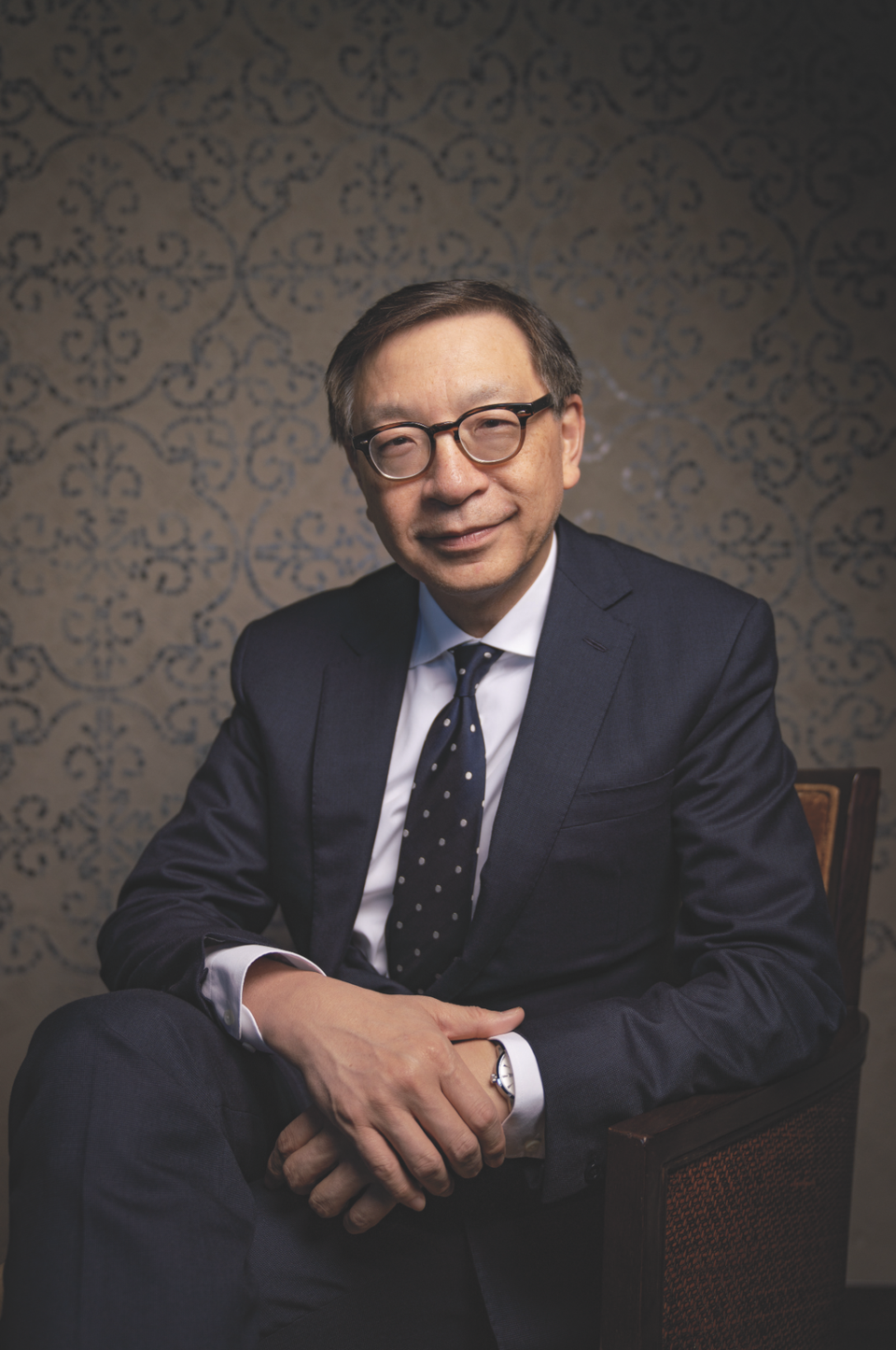 Also in March, Galaxy won preliminary approval from Philippine authorities to build a $500 million casino resort with a local partner on the resort island of Boracay. Philippine President Rodrigo Duterte, however, denounced the project on concern it might damage the island’s environment. Duterte then closed Boracay to tourism for six months. The island didn’t reopen for business until October; Galaxy’s project is still on hold. “A lot of people might have misunderstood that we want to bring Galaxy Macau to Boracay,” Lui says. Galaxy has a much more modest project in mind—only 100 villas. “It’s going to be a high-end, low-density eco-friendly beach resort,” he says, suggesting Galaxy is hoping the government will still give the project a greenlight.

In Japan, where authorities recently passed a bill legalizing casinos, Galaxy is pursuing a license with Monte Carlo casino operator Société des Bains de Mer et du Cercle des Étrangers à Monaco, in which it bought a 5% stake in 2015. The two companies plan to showcase European luxury and royalty should they win one of the three licenses up for grabs. In April 2018 Galaxy hired former Melco executive Ted Chan as chief operating officer for its Japan development.

Even as he looks for opportunities overseas, Lui says he remains optimistic about Macau’s prospects. Still, he won’t say whether Galaxy will build or buy new properties in the former Portuguese enclave. “We will just continue to follow what the government and the community is telling us,” says Lui.

“Macau’s gaming economy is driven by public policy, so it is difficult to predict how much supply will be needed in the future,” says Las Vegas-based casino consultant Andrew Klebanow. Understanding and accepting such limits may prove easier when you’re holding a winning hand.

Hong Kong On Air author Muhammad Cohen is Editor At Large for Inside Asian Gaming. Follow him on Twitter @Muhammad Cohen.