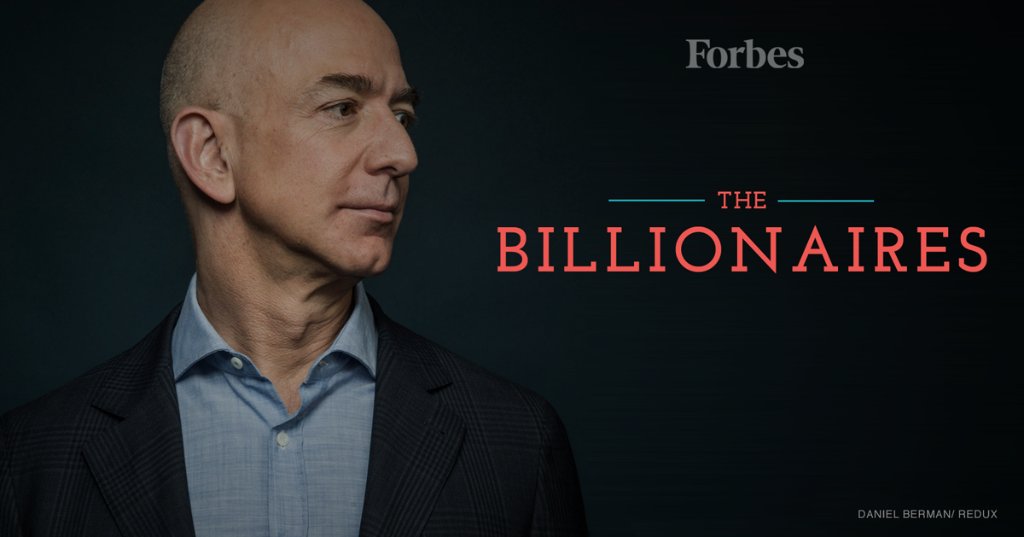 Meet The Members Of The Three-Comma Club

Capitalism’s global conquest continues as entrepreneurs around the globe mint fortunes in everything from cryptocurrencies to telecom to bridal dresses. Forbes has pinned down a record 2,208 billionaires from 72 countries and territories including the first ever from Hungary and Zimbabwe. This elite group is worth $9.1 trillion, up 18% since last year. Their average net worth is a record $4.1 billion. Americans lead the way with a record 585 billionaires, followed by mainland China with 373. Centi-billionaire Jeff Bezos secures the list’s top spot for the first time, becoming the only person to appear in the Forbes ranks with a 12-figure fortune. Bezos’s fortune leapt more than $39 billion, the list’s biggest one-year gain ever. He moves ahead of Bill Gates, who is now number 2. It is the biggest gap between no. 1 and 2 since 2001. Bernard Arnault, with a fortune of $72 billion, reclaims the title of richest European for the first time since 2012. There are 259 newcomers including the first ever cryptocurrency billionaires; two Canadians whose toy company is behind Hatchimals and PAW Patrol; two Americans who founded online retailer Wayfair; and a 35-year-old heiress who runs In-N-Out Burger. Even in such a strong year, 121 dropped out due to falling fortunes or political headwinds, including all 10 Saudi Arabians. Click here for more on Forbes methodology, credits and acknowledgments.