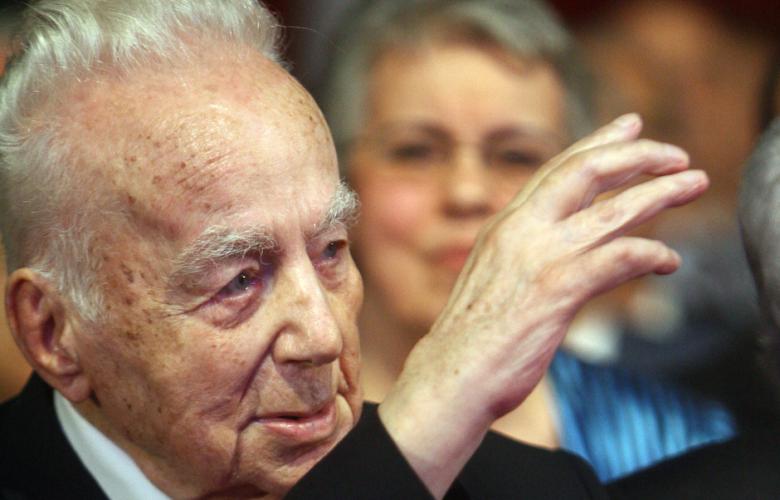 At 4th of July 1912 our poet, philosopher, writer, playwright and language reformer was born and at 28 November 2014 he left us and he is been considered one of the most important modern Lebanese poets. He is most famous for proposing the creation of the Lebanese language, distinct from Arabic with its own Latin-based alphabet system made up of 36 letters and it is now used in chatting on all mediums.

His writings include poetry and prose both in Lebanese dialect and in classical Arabic language. He has also written theatre pieces and authored lyrics for many popular songs and prayers.

Akl adopted a powerful doctrine of the authentic millennial character of Lebanon resonating with an exalted sense of Lebanese dignity. His admiration to the Lebanese history and culture was marked by strong enmity towards an Arab identity of Lebanon. He was quoted saying, “I would cut off my right hand just not to be an Arab”.
In 1968 he stated that literary Arabic would vanish from Lebanon.
He has been always emphasizing the Phoenician legacy of the Lebanese people.