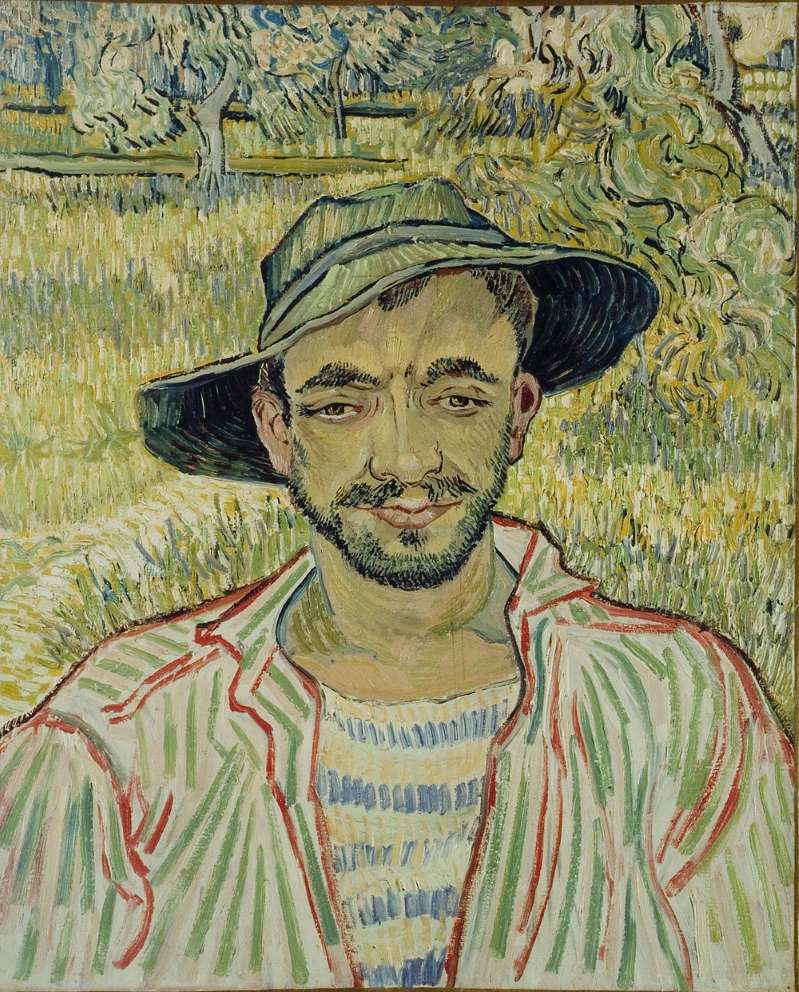 Vincent Willem van Gogh, 30 March 1853 – 29 July 1890, was a Dutch Post-Impressionist painter who is among the most famous and influential figures in the history of Western art that has created about 2,100 artworks.
his mystery finally solved as man with a ‘friendly smile’ identified by British art historian who have scratched their heads for centuries over the identity of the friendly-looking young man in one of Van Gogh’s most celebrated paintings.
The troubled artist painted one of his best works in the grounds of the mental asylum Saint-Paul-de-Mausol, where he was sent after he cut off his ear.

The friendly-looking young sitter for ‘Portrait of a Gardener’, which is now held in Rome’s Galleria Nazionale d’Arte Moderna e Contemporanea, has been identified by British art historian and Van Gogh expert Martin Bailey.